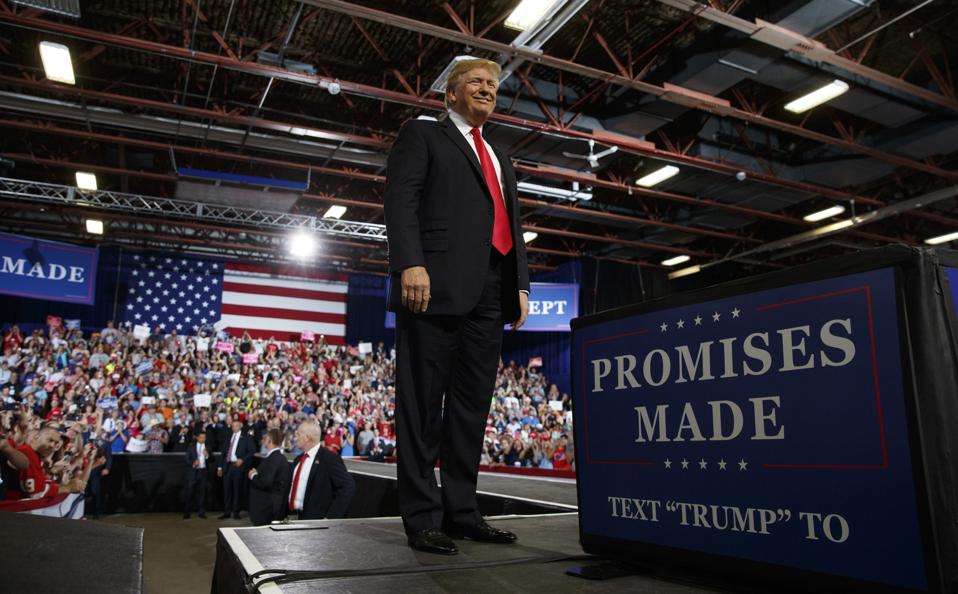 President Donald Trump pauses as he arrives to speak at a rally at the Four Seasons Arena at Montana ExpoPark, Thursday, July 5, 2018, in Great Falls, Mont. (AP Photo/Carolyn Kaster)

Here comes another 25% on roughly $34 billion worth of Made in China.

The market will fall on the news, certainly in Shanghai anyway. Then it will rise, only here and not there. The smart money is betting two things: one, the U.S. wins a “trade war”. Two: China’s market is big enough to handle tariff hikes, providing some support against a real ugly bear market.

Remember when the talking heads everywhere (coupled with panic-stricken emos on Twitter) predicted the U.S. would lose in a trade war with China and — LOL — take that, stupid president Trump? Well, here’s what the market thinks of that as of July 5.  China-focused ETFs that track the markets were all down. Most funds were worse than the benchmark emerging markets index, and way worse than the S&P 500. The market believes China is losing the trade war.

Between tax cuts and spending, the U.S. is expecting a windfall of nearly $275 billion in stimulus, or 1.4% of GDP compared to the 0.4% to 0.5% of GDP seen being impacted by higher tariffs.

The tariffs proposed by Trump so far have been largely symbolic and represent, assuming equal and opposite retaliation, roughly 0.4% of the nation’s gross domestic product. “It is a large number but not a catastrophically large number,” says Krishna Memani, CIO of Oppenheimer Funds. 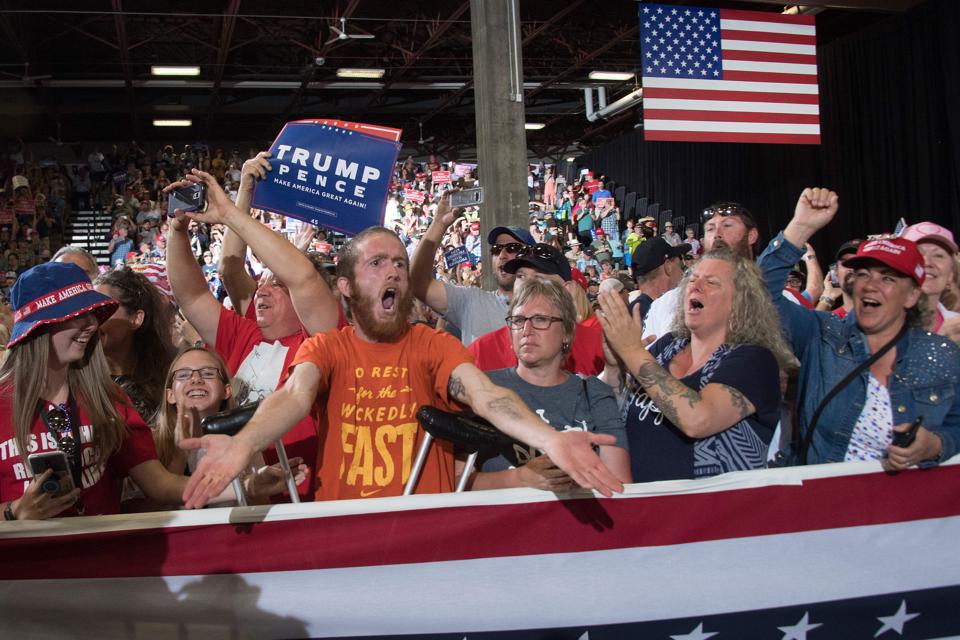 Donald Trump and Xi Jinping will decide how ugly this all gets.  Polls suggest that Republicans, Democrats and Independents all support tariffs in the majority. Thursday marked the date for the latest round of Trump tariffs. Panjiva Research thinks today begins a “sustained Trump vs Xi tariff battle.”

For now, it looks like an initial list of 818 products worth a total $34 billion will be announced to have new duties starting immediately. Another  $16 billion worth of Made in China products are expected to face 60 days of consultation.

Consumer goods have been avoided for the most part, with a focus instead on industrial components such as PC components ($1.39 billion), fuel pumps ($869 million), and construction equipment parts ($788 million). The automotive sector more broadly is also targeted with $1.56 billion of products becoming subject to new import duties, according to Panjiva.

Assuming these tariffs are applied, a second set of duties could be formally decided upon by the U.S. by the end of August. Semiconductors — both processors and controllers worth $2.91 billion — are in the crosshairs.  China is expected to retaliate by adding up to $9.73 billion in tariffs on U.S. oil and gas. Both sides are also targeting the plastics industry with China’s tariffs covering $3.89 billion and America’s $2.30 billion.

The market is still not convinced that there will be a trade war, but if there was, the impact on the Chinese economy and on the majority of publicly traded Chinese companies will be quite modest, thinks Andy Rothman, investment strategist with Matthews Asia in San Francisco.

“Trump would be fighting a trade war without the support of America’s allies, (so) the impact on China’s exports would be relatively small,” Rothman says. Last year, Chinese exports to the U.S. accounted for only 19% of total Chinese exports.  “I believe much of the impact of Trump’s import taxes will not be borne by Chinese companies,” he says, adding that about two-thirds of the 25 largest exporting companies based in China are foreign-owned anyway. Another third of the value-added from all Chinese exports actually accrues to firms from other countries, including U.S. partners such as Japan, South Korea, Taiwan and Germany, as well as to U.S. multinationals.

A bonafide trade war would jeopardize jobs at American factories and farms that are dependent on the Chinese market.  Those that are not dependent will be in better shape. Soybean exporters, for example, will see higher entry costs, but that will be largely paid by the client in China as the soy futures market would reflect any increase in tariffs.  It is hard to believe that Chinese demand for soybeans would shrink because of tariffs on soy, but that is not entirely out of the question. China’s second-biggest soy market is Brazil. Brazil soy is more expensive due to logistic costs.

There are a few reasons why Trump may choose a trade war.

He may really believe his March 2 statement that, “Trade wars are good and easy to win.” 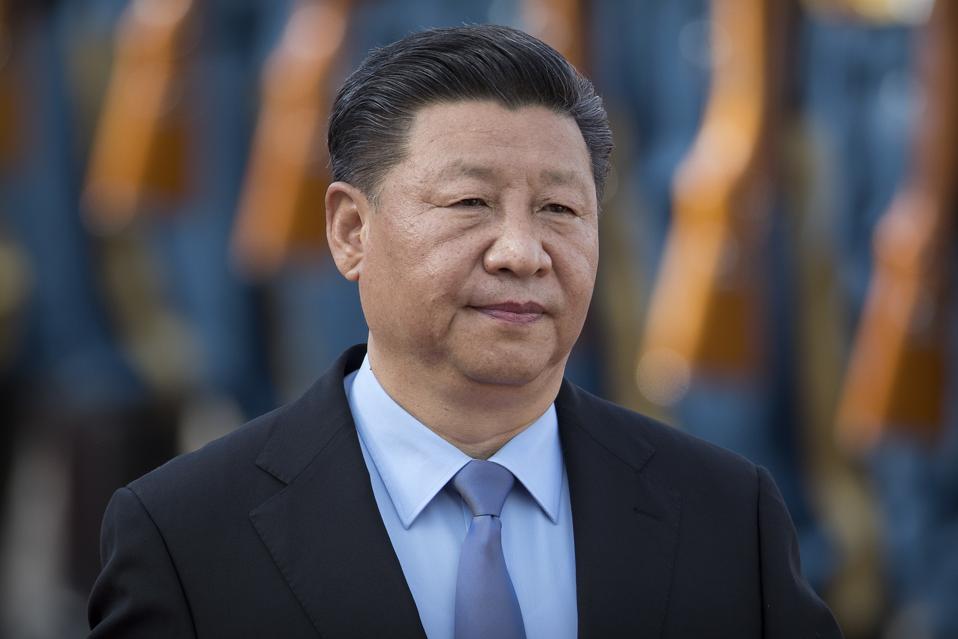 Trump may conclude that economic policies that create chaos, confusion and conflict will energize his political base far more than any trade agreement, supporting Republican efforts to retain control of the House and Senate at the November mid-term elections. Fighting China is a win-win across the aisles. This may explain why Trump rejected Beijing’s offer to buy $70 billion more of American farm, energy, and industrial goods.

Xi also has battlefield options, and his smart choice would be to decline to participate in a Trump-initiated trade war, says Rothman.

“He could explain to his citizens that Trump’s tariffs will have a modest impact on the Chinese economy and that his government will provide direct financial assistance to any injured companies and workers,” says Rothman. “He could explain that Trump’s tariffs represent a tax on American consumers, who will have to pay more for imports as well as for a broad range of goods made in the U.S. with Chinese components. Xi could state that it would be ridiculous for him to respond with similar taxes on Chinese consumers.”

Then again, Xi may choose war. He is busy cutting taxes there. China is scrambling. Word on the street is that they were taken unawares by Trump’s willingness to punch back.

Xi may also decide that taking the high road of opening his economy to a belligerent U.S. could make him look weak at home. But considering he just made himself president for life, in a weird ruling within the Communist Party, it might not matter whether or not the locals think Xi is weak on Trump. So long as he can continue to manage the economy even with higher costs charged by the U.S., it is unlikely that the Chinese will turn on him.  Do they have any other option?

Meanwhile, today will be another stressful one for China investors. But if the past is precedent, a 400 point dip turns into a 200 point gain a day later. The market continues to trade sideways ahead of the mid-terms, with many investors waiting for some shoe to drop somewhere: be it in Europe or in China. A Trump trade war could be to blame.

This article was written by Kenneth Rapoza from Forbes and was legally licensed by AdvisorStream through the NewsCred publisher network.